If you had told people years ago that you could create a fake tiger with a key role as a real tiger in a film seen around the world, they would have thought you were crazy. Of course they’d say “I’d certainly be able to tell the difference of a fake tiger compared to a real tiger”. And not just look like a real tiger but act like a real tiger. Yet that is what happened. Millions of people viewed Life of Pi and had no idea almost all tiger and animal shots were hand done. I say hand done because people animated those. People painted the tiger texture. People set the fur. Not computers. The computer is a useful tool but it’s the people behind the computers that do the real work. Buy a room of computers and see how many shots they produce on their own. You don’t credit your computer for writing your report for you.

And not just the tiger, the entire ocean was added. The entire sky was added. We see miracles all the time on the screen these days but most people take it for granted. 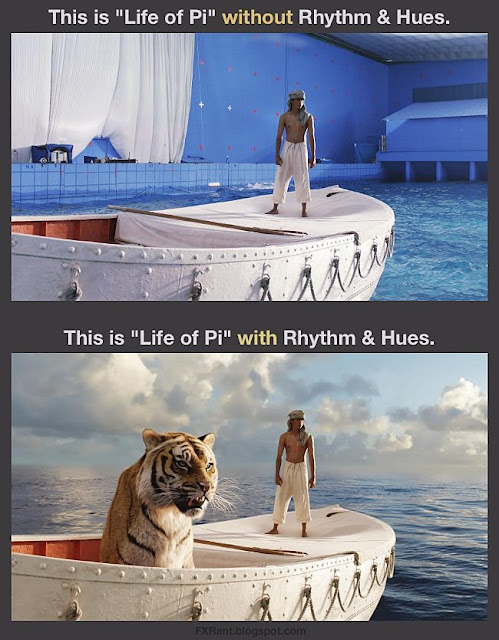 First image is what the visual effects crew start with
Second image is the finished image with CG tiger, ocean, sky added 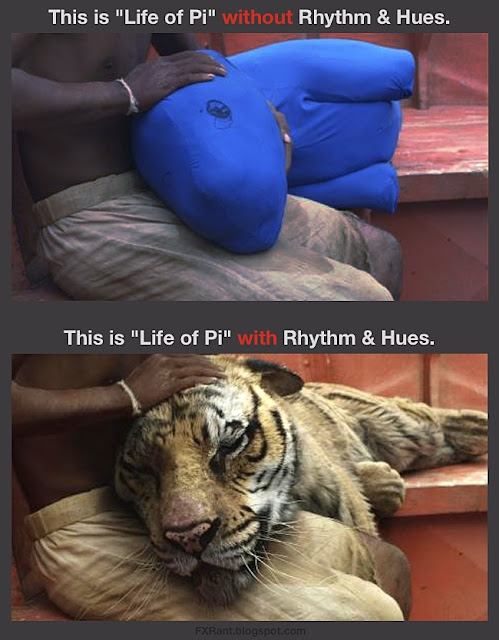 Visual effects are everywhere
Many films you see couldn’t have been made if it weren’t for visual effects. Would the worldwide audience pay $10 to see a rowboat in a pool with a man in a tiger suite? Could the filmmakers have shot it on a real rowboat on the real ocean with a real tiger? Any attempt to do so would have been tragic. We gave the opportunities to the filmmakers to make whatever they can imagine, whatever the story calls for and they make hundreds of millions of dollars, yet they complain about the cost. 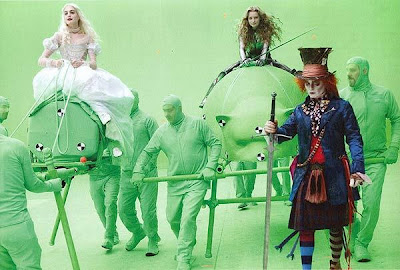 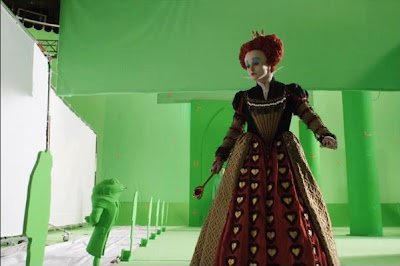 
All films up for this year for the Best Picture Oscar had visual effects. Everyone of them. Agro was able to show Iran. They were able to show trucks and a jet on a runway. They were able to create and manipulate a burning flag. Zero Dark Thirty used visual effects to create Afghanistan, flying special copters and other shots. Most of the visual effects you never noticed, that’s why you’re wondering where they were in Silver Lining playback or Amour. And most slip by visual effects artists as unnoticed as well. That’s how good we have become as artists and how far we have pushed our tools and skills.

And it’s not just these films. Almost all films out of Hollywood have visual effects. Most independent films use visual effects. Whether it’s a period film or a buddy comedy it uses visual effects somewhere. The work of visual effects professionals and our art form is everywhere. It permeates most moving media today to a far greater extent than people realize. 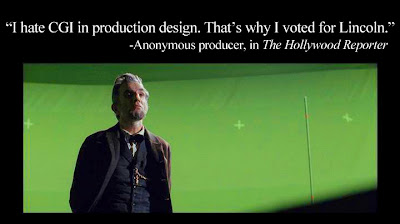 Most images provided via beforevfx tumbler
Many more examples there

Those CG animated films viewed around the world use animators, compositors, lighters and other visual effects workers.

Once, Game of Thrones and any fantasy and science fiction television show uses them of course. And many regular shows use them.  Boardwalk Empire, Breaking Bad, Bones etc all have used visual effects.  Many backgrounds are put into scenes you had no idea were done.
Stargate Studios Virtual Backlot Reel 2012 from Stargate Studios on Vimeo.


This Is What Movies Would Look Like Without Visual Effects  ]

Those videos games from your iPhone to your Xbox use modelers, texture artists and animators.

To all the visual effects haters out there: you've already seen thousands of shots that simply passed you by and you had no idea.

The studios and filmmakers have become addicted to the work we do. It’s impossible for them not to use them. Even if it’s just to go in to a film image and change something. The audience has gotten addicted to them as well. They expect to see the spectacular in a tent pole movie. They expect no holds barred in showing them what they need to see to tell the story.

How much money has been saved on productions by using visual effects? A lot!  Even the ability to shoot on a stage or different location for television saves an amazing amount of money.

Gone
Now imagine what would happen if there were no more visual effects. What if all visual effects artists stopped tomorrow, put down their computer pens and said, enough is enough. Workers on films, television, commercials, animation, video games, etc.

Entertainment content companies, studios and filmmakers would be in deep trouble if that were to happen. They’d have very little content that wasn’t touched by visual effects artists.

They pit visual effects companies against each other. They let change requests pile up without stop. They squeeze the amount of time to do the work. All of this pushing has resulted in a number of visual effects companies going out of business and forced visual effects artists to be unemployed or migrant workers moving from one country to the next, all so that a penny can be saved. Workers are overworked. Many with no overtime or benefits.

How will they do their films if the companies collapse and the experienced artists bail out of the industry? How long will they have to delay their films while waiting for an opening at the remaining visual effects company?

There’s a need to make this industry sustainable but the studios act like a paper company clearing huge forests without realizing they themselves will soon be left without the substance of their existence. This has the makings of killing the Golden Goose upon which they rely so heavily.

Visual Effects Worker
All this pushing has finally woken a sleeping giant. The visual effects workers. Year after year of dealing with this type of situation and the workers are getting tired of it. They work and work and produce fantastic results, which in turn makes the studios hundreds of millions of dollars. These artists make the impossible possible and allow for profits on things that couldn’t have been done without their talent and hard work. They’re tired of having no respect and for being treated as they have been. And they have begun to unite with a passion that is growing. Even visual effects workers in India are getting weary. I don't think studios want to have headlines like Apple did with Foxconn but that's where it's being pushed to. If studios and companies don’t change the artists will start making the changes for them.

What can be done?

2. Studios and filmmakers should start thinking about the sustainability of the visual effects industry for which they rely on. Squeezing it more will produce nothing but dust. Constantly moving it around the world will not gain them what they desire. They're already exceeded the limits and are now seeing diminishing returns.

4. The studios and filmmakers can start treating visual effects as another department with key creative’s. It’s not a black box to be ignored. Visual effects is not a commodity.

5. Studios and filmmakers can work with the visual effects supervisors and producers to design the most bang for their buck. Visual effects can be designed for budget limits from the start. Visual effects artists can push the films beyond imagination.

6. Studios need to put in an effort to control post expenses from their side. They need someone to oversee post-production like they do during production. Decisions need to be made in a timely manner and endless tweaks and changes need to be controlled. Live action doesn't do infinite takes, why should it be necessary with visual effects? Studios might be surprised just how much that step alone could save them on visual effects.

8. Studios and visual effects companies need to acknowledge that ultimately they have people working for them. Those numbers on your spreadsheet are people. It’s their talents and hard work that makes any of this possible. We’re not technicians. We’re artists and craftspeople.

9. Visual effects companies need to act professional and stop underbidding and chasing the work. That's costing them and the industry. That's one of the reasons we are where we are. They need to operate as real businesses. They need to be able to say No at times.

10. Visual effects companies need to adhere to the actual labor laws. If they can’t do the work without breaking the law or treating their workers badly, then they need to re-evaluate what they're doing.

Variety article by David Cohen: Is the vfx biz in India tricking artists into working for free?
Shows some of what we as visual effects workers are up against. This will be getting worse as studios continue their assault.
Posted by Scott Squires at 3/04/2013