[Update: 9/15/2012 DD has now closed their Florida facility. Some of the classes have been put on hold and certainly students won't be working at the DD facility as planned. But the post is still useful read since it clarifies some of the attempts to take advantage of workers, students and the visual effects industry]


In case you haven’t already been made aware of this Digital Domain (DD) is starting up a school in Florida which is funded by the Florida State government. I won't do a detailed recap here since that's already more than well covered on other sites. And thanks to VXFSoldier from bringing this up.

For more info and to see an extraordinary video: (I urge you to read the comments as well since most commentors make valid points. Check out Dave Rand’s comments as well.)

DD will be making money off of the students ($105k tuition) in a for profit school (as other most for profits- turning out more visual effects graduates than there are openings). But the additional kicker is they setup a studio in Florida where 30% of the workforce will be made up of students.

For those who might think that would be good for the students and don’t see the harm:
1. it is against Federal law to have interns and others working for free doing work that is productive (i.e actually paying positions).

2. The reason this is a law because any business could simply staff up with non-paying positions (interns, students, experienced… doesn’t matter). There are enough people hungry for certain types of jobs that would be happy doing them for nothing. Businesses would be more than happy having free labor, even if it meant more poverty. That’s why there are also minimum wage laws. (unfortunately they’re still below the poverty line). In a perfect world businesses would be a balance of making great products or services, making money and treating people fairly. In the real world today the name is greed. In days past a mom and pop store tried to be responsible and to consider the consequences. Today most companies are owned by stock holders and investors who’s one and only focus is squeezing more of a return out of company. The CEOs and others in management fall in line so they can get their slice of the pie too. They take no responsibility for these types of actions and simply blame it on the shareholders.

3. These students are paying a lot of money to work there. So they’re not just working for free, they’re paying to work. Double bonus for Digital Domain to get paid by clients and workers.

5. If 30% of the work force are students paying to work, why would companies hire people? Why should they hire you, an experienced visual effects worker, when they can get someone better than free?

6. This leads to the question of where all these graduates will be working. They’ve paid$105,000 to do this and likely taken out loans to do so. They expect to be hired since they’ve be taught specifically in visual effects. DD in Florida will already be staffed up. They have a steady stream of students paying every year so there will be little need for them to hire these graduates.

7. DD can now offer a 30% discount on any work done in Florida. Actually more than a 30% discount since they’re getting money from the students. How will other visual effects companies compete? Why starting their own students paying workforce of course!

In the end this means more imbalanced competion for both companies and workers.
This means lower of rates for all companies and all visual effects workers and actually creates less opportunities for new graduates. The only one to profit from this is DD and only in the short term. Florida will gain little and spent a great deal of tax money that could have been used productively.

To potential students:
There are much cheaper ways to become educated in visual effects if that’s what you want. There are online classes, books, DVD’s, etc. There’s no need to go 10’s of thousands of dollars in debt if all you want is visual effects education. If you want to get a college diploma that’s fine and serves it’s purpose but beware of those offering it.

Getting into visual effects is hard. The visual effects industry is going through some rough transitions currently. Be ready to move elsewhere. No school can guarantee employment.

All that stuff about getting credit on films, etc. - Forget it. These days politicians, CEOs and Hollywood produce far more BS than the world needs. Those of us who have been working for a while have seen far too many examples of unkept promises and sugar coating. Don’t be suckered for these.

The CEO is surprised that more visual effects workers aren’t jumping at the chance to pickup and move to Florida. They’re not jumping because most of us know the drill. The lure of working in another place with an unknown future. Sure, we’ll be more than happy to sell our homes, uproot our family, say goodbye to friends and move. And at the end of that project when they don’t have much work you’re laid off. And without many other visual effects companies in the area you’re forced to return to where you moved from. No thanks.
[Update: 9/10/2012 Unfortunately this came true. The DD studio in Florida has closed down and the workers there were laid off without warning and without severance pay. From what I gather most had moved there from other locations, many selling their homes. These unfortunate workers are now in a location without other similar jobs so they will likely have to move back to where they were or to another location. Moving is not cheap, especially if you have a house of furniture and possessions. And trying to find a new job in this industry is not easy. ]

The CEO actually talks about VFX being a dying industry and is expecting you to work on military or medical projects after graduating. This comes after they’ve sold you on the dream of working on Hollywood movies. Most of us got into visual effects because we wanted to create content and work on films and tv projects. While I applaud the use of visual effects technology to help with medical causes, you should be aware of the distinction. For an animator who wants to bring characters to life it’s a much different job if you’re animating a heart or military aircraft. The CEO makes the mistake that labor is simply a commodity. If you went to school to be a painter of fine art, would you be happy when the school says at the end: “Sorry, there’s not much call for fine artists but there is a large need for house painters. Enjoy it.”


Those who live in other countries may think this has nothing to do with them. As I’ve said before, we’re all connected at this stage. If there’s a major change in pay or working conditions somewhere in the world regarding visual effects, then it will likely affect you sooner than you think. That 30% discount that DD can now offer is on par with many tax incentives. That alone could shift the balance. 30% of labor that pays to work will cause a downward spiral in pay. And the company you work for and the studios will point that out and say that you will have to follow suit. “After all, we have to remain competitive”. And around it goes.

I urge all visual effects workers to step away from their workstations for a moment and check in with the rest of the world. There’s a lot going on. I know it’s great focusing on what you’re doing but there are large changes in progress throughout the world that will affect you and your future. You can’t simply ignore it all and hope it never affects you.

You should also educate yourself on unions and trade associations. Please don’t fall prey to the stereotypes or the paid for misinformation. There are pros and cons of each of these and you should be aware each has different goals.

Some of the things that are happening to the industry you work in, hopefully doing what you love, should make you angry. It should make you sit up and take notice. If that’s the case, make yourself heard. If you have thoughts, opinions, solutions, make yourself heard. If you know of problems let yourself be heard. The internet and social media has opened up and connected us in ways not possible before.

For those you would like to speak out about what DD is doing in Florida, contact and tell them what you think.

Commissioner of the Florida Department of Education: Commissioner@fldoe.org
Wage & Hour division of the Department Of Labor: http://www.dol.gov/whd/america...


Bonus: Should I work for free chart

Other sites of interest:
ImageWorks artists in support of a better VFX Industry - SPiUnion - info about unions and other things

Game of Aeron Chairs: A song of beer and pixels - tk1099 on vfx unions and movement

Supermodel sets up an Alliance with Bill of Rights and push for health care and better working conditions.
Initial story
Alliance site

In the last few months car washes, sandwich places and now supermodels are either unionizing or creating a group to at least represent them and help improve their situation.
What about us? 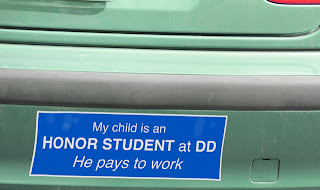 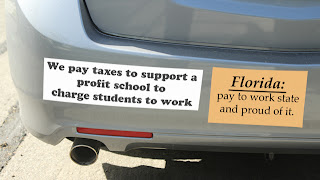 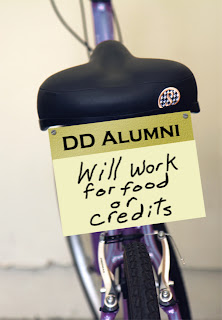